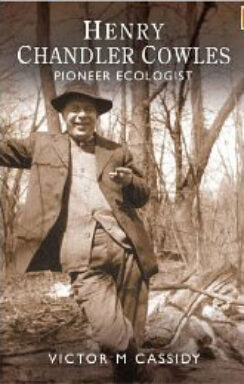 For the first time ever, Victor M Cassidy brings to life the world of Henry Chandler Cowles, internationally renowned ecologist, botanist, university teacher and conservationist. The book also rescues and reprints the best of his writings from forgotten journals and contains previously unpublished family and expedition photographs. At the end of the 19th century, Cowles made hundreds of field observations of the sand dune landscape that rings the southern and eastern shores of Lake Michigan. His studies demonstrated that the outdoor environment is a dynamic system in which plants, soil, moisture, climate, and topography interact. Cowles was the first to make sense of plant succession, which denotes the way that communities of plants come into a landscape, flourish, and create conditions for their replacement by other plant communities. He later expanded his plant succession studies into different Chicago-area ecosystems. Starting from a blank sheet of paper, Cowles created the entire ecology curriculum at the University of Chicago and taught it for more than thirty years.