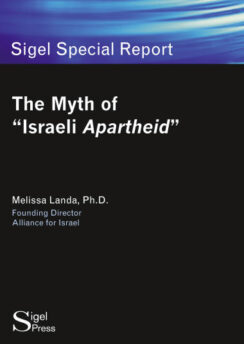 The term, “Israel apartheid”– ubiquitous among proponents of the BDS campaign against Israel– is based on a series of lies and misinformation that libel the Jewish State and desecrate the memories of those who suffered under the apartheid regime in South Africa. This essay articulates the historical origins and the central tenets of apartheid and describes its brutal manifestations against black South Africans. In stark contrast, readers will learn about the integral role that Arab Israeli citizens play in Israeli democracy and about the democratic laws and principles that govern Israel’s multiethnic society.