Mary Choy, PharmD, BCGP, FASHP earned her Doctor of Pharmacy degree from St. John’s University. She then completed a pharmacy practice residency with an emphasis on education at the Veterans Affairs New York Harbor Healthcare System and an affiliated teaching position at Long Island University. She is board certified in geriatric pharmacotherapy. Mary has held multiple roles in the field of pharmacy, including academia, hospital, community, and industry. She currently serves as the Director of Pharmacy Practice for the New York State Council of Health-System Pharmacists. While she was a professor and clinical pharmacist, she became an active fellow of the American Society of Health-System Pharmacists (ASHP). Mary has over 65 publications and has presented at numerous national meetings. She was honored with the ASHP-ABHP award for demonstrating exceptional leadership in research to reduce racial and ethnic disparities. She is the recipient of the New York State Assembly Citation for exemplary service in improving healthcare. Mary has appeared on the NBC Today Show, SinoVision, PBS, ASHP TV, and ‘Pharmacists: Unsung Heroes’ documentary. She was featured in newspapers, World Journal, SingTao, and Epoch Times, for her contribution to public health. She lives in New York City with her spouse and two children. 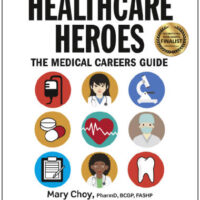